ELECTRONIC CIGARETTES AND VAPES ARE ALL THE RAGE NOWADAYS.

Vaping occurs when you inhale the vapours created by liquid tobacco. Vaping has been pushed as the best and healthiest alternative to traditional cigarettes. While research into vaping is still new and ongoing, it is clear that even vaping has disastrous consequences for your teeth.

While vaping does not always result in bad breath, it often leads to the discoloration of the teeth and plaque build-up just like any brand of cigarette you would smoke. Although e-cigarettes release vapor, the fact remains that you still inhale nicotine, which reduces blood flow and affects your mouth’s capacity to ward off bad bacteria, which can lead to serious infections such as periodontal disease.

HOW DOES VAPING AFFECT THE TEETH AND GUMS?

Initially, it was thought and assumed that since e-cigarettes are designed to release a smokeless vapor, they would be a much better alternative. Vaping may be better for non-smokers as it does not produce secondhand smoke that can be harmful. However, when the teeth and gums come into contact with nicotine, it can restrict the number of nutrients being transported to the soft tissues as a result of reduced blood flow.

Vaping can also cause gums to recede from the root of the tooth, which can pave way for a whole set of issues. Infections, rates of decays and a host of other dental issues can be accelerated the more one vapes. When it is carried on for long enough, it can even lead to the loss of teeth in extreme situations. Patients should visit the dentist for a check-up if they start to notice:

When gum disease is caught and treated early, the treatment given is a lot more likely to yield positive results. Early treatment and care are important because it can prevent the gum problems from worsening and consequently save you money that you would otherwise have spent on dental implants.

Vaping is a personal choice; whether you are doing it to replace traditional cigarettes or are simply doing it to fit in, you should be fully aware of all the risks involved. As such, regular checkups with your dentist are encouraged so that your teeth can be cleaned professionally and so that your gums can be protected.

want to book an appointment 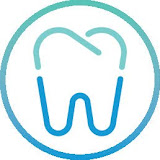 Linda Colp
Friendly & caring staff who go out of their way to ensure a comfortable dental experience. Skilled professionals who take excellent care of my oral health and still manage to run a fun office and treat their patients with gentle hands. Thank you Dr. D. & staff.
Read more

Jill Dowsett
Been a patient of Dr Dugdale for over 20 years. I have nothing but good things to say about her and her staff.
Read more

Goog Le
Every staff member at Westgate Dental clinic is lovely! I have never had such a wonderful experience in many years. I am very happy that I have finally switched to Westgate Dental Office and could not believe how I have missed them all these years. The clinic is nice and clean, the front desk staff hygienists & dentists are very friendly and professional. I must highlight Mikaela & Danielle, Hygienists who have taken care of all our family members, are awesome, very thorough, and very professional. My whole family has been very pleased with Westgate Dental Office. Special thanks to Mikaela, Danielle a well as Caitlyn, and all other staff. Such a wonderful people, service. I recommend Westgate dental Clinic to everyone! Vasu Kasturi & Family
Read more